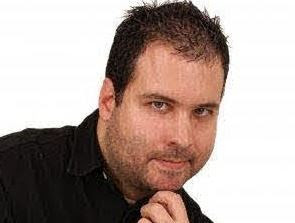 Written by Christos Email.Î¤ÏƒÎ¯Ï‡Î»Î·Ï‚ A Lawyer In Athens
If the borrower, who received the letter… the bank does not respond, you will receive a second identical. If you still don’t respond, then it would be classified as a “non-cooperative” and will lose every protection of the law.If the borrower does not respond within 15 days,the bank shall be entitled to proceed with the auction of the first housing.
The bank, based on the evidence, propose an adjustment of the debt.
The debtor will reject the proposal of the bank, as non-feasible and will make its own counter-proposal.
With mathematical precision, the bank will reject the counter-offer and will classify the borrower as “non-cooperative”.
When a borrower delays the payment of a loan installment for a period exceeding 30 days,the bank will send the first notification,on the basis of which will be called the borrower to the principal bank within 15 days and to carry out the setting of the loan,proving that it is cooperative.If the debtor does not make the setting,will lose the qualification of the co-operative and endangered by auction, even in the first housing.
For the hierarchy of the shipment notification, institutions which fall within the scope of the Act Executive Committee 42/30.5.2014, as applicable, will take into account the classification of loans that have been made on the basis of, in particular, the risk parameters, in accordance with the provisions of the aforementioned Act, as in force, also taking into account the perspective of implementation and the related actions provided for in the law. 4336/2015.
Within 15 days(from the 30th of December),the borrower must make three moves:
-To inform the bank about the current economic situation.
-To deposit an amount in bank(50 euros),so it seems that there is a move in the loan.
-To request in writing from the bank,the adjustment of the loan,taking into account the current economic situation.
The Arrears Resolution Process of the Code of Conduct of the decision
Î•Î Î‘Î˜ 116/1/25.8.2014:
(a) it can be activated at the initiative of the borrower if he come and ask in writing to be included in the stage 2 thereof, either during the transitional period or after the end of this,
(b) relates to borrowers that are legal entities in liquidation, on the basis of the current legislation.
Credit institutions should make every reasonable effort to cooperate with the borrower throughout the assessment process in order to accurately determine the repayment capacity of the borrower, in order to arrive at a suitable solution.
A borrower is cooperative towards the lenders,in accordance with the new code of conduct, when:
– Provides complete and up-to-date contact information to the lenders, or anyone acting legitimately on their behalf (e.x. a landline, mobile phone, fax number, email address, home and work) and make a definition from a family member or friend of a person, as a representative communication for each case the same is not available.
– It is available in contact with the lender, or anyone acting legitimately on behalf of this and responding with honesty and clarity, calls and letters from the lender or anyone acting legally on his behalf, in person or by representative, in any appropriate manner, within 15 working days.
– Shall, in person or by proxy, in full and honest disclosure of information to the lender, or anyone acting legitimately on its behalf, with regard to the current economic situation within 15 working days from the date of change or within 15 working days from the day you requested similar information from the lender or anyone acting legally on his behalf.
– Shall, in person or by proxy, in full and honest disclosure of information, to the lender, or anyone acting on his behalf, which would have a significant impact on the future financial situation, within 15 working days from the day you come to the knowledge of (e.x. filling conditions for receiving the allowance, the appearance of new assets that will be transferred to the ownership of the (inheritance), loss of ownership of assets, dismissal announcements, terminations of leases, acquisition of insurance products, profit from any form etc.)
Consents to the investigation of an alternative restructuring proposal with the lender, or anyone acting legitimately on its behalf, in accordance with the provisions of the Code of Conduct. 4224/2013.
In the case of a classification of the borrower as a “non co-operative” may be made to the following legal and economic effects:
– Initiation of legal/ judicial action for the recovery of the debt
– Liquidation of any collateral provided by the borrower or other involved in the contract. All involved will still be liable for any remaining balance.