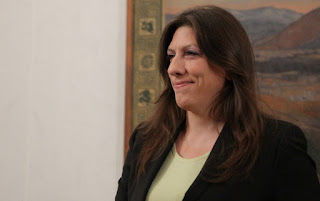 The postponed international conference on “A Plan B in Europe” of November last year -which was postponed because of the murderous attacks in Paris – takes place on the weekend 23 – 24 January 2016, “the city of light”…
The international conference, which will be involved. together with european forces of the Left, movements, organisations, politicians, intellectuals and citizens from all over the world, is based on the joint declaration on “A Plan B in Europe” signed last September, the Jean-Luc ÎœÎµÎ»ÎµÎ½ÎºÏŒÎ½ (mep and co-founder of the French Party of the Left), Zoe Konstantopoulou (former president of the Greek Parliament), Yanis Varoufakis (former minister of Finance of Greece), Oskar Lafontaine (former minister of Finance, Germany and co-founder of Die Linke) and Stefano Mop (member of the Italian Left, the former deputy minister of Finance of Italy).
Keynote speakers at the conference will be the co-signers of the declaration, with the. to address a speech at 4.15 on Saturday afternoon.
The working groups will participate, among other things, the meps M. ÎŸÏ…ÏÎ¼Ï€Î¬Î½ (Podemos, Spain), Fabio de Masi Die Linke, Germany), Xavier ÎšÎ¿Ï…Î¶ÏŒ (Izquierda Unida, Spain), Nikos Chountis (Popular Unity, Greece), Marina Î‘Î»Î¼Ï€Î¹ÏŒÎ» (Izquierda Unida, Spain), Lola Sanchez (Podemos, Spain), as well as distinguished academics, economists, researchers, representatives of organisations and movements. Among the speakers will be the scientific coordinator of the Truth Commission of Public Debt, Eric Toussaint and professor at the London School of Economics and a member of the Truth Commission, Margot Salomon.
The aim of the Initiative is the drafting of a Plan B in Europe, with a view to democratization, the protection of the european communities, the discharge from the neo-liberal example and the anti-democratic processes, political change and the search for an alternative road. The thematic modules will be developed in the conference on monetary policy, debt, and international trade.
Tomorrow, Friday, 22 January 2016, the Life Konstantopoulou will be a guest of Jean-Luc ÎœÎµÎ»ÎµÎ½ÎºÏŒÎ½, in a special show for Greece, which will be broadcast via internet, while in the afternoon of the same day will hold contacts with the representatives of the French press and the MEDIA.