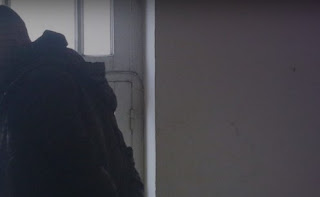 Their own version of the events that led to the murder of 40Ï‡ÏÎ¿Î½Î¿Ï… developer James Emmanuel is expected to give today the two of…
three main accused of the case to the interrogator Heraklion, where and brought in order to apologize.
This is the 25-year-old boy and the 30-year-old partner of the partner of the victim, with which it is linked â€“ as it was revealed â€“ long … friendship while they were preparing to open for the business related to computers in Heraklion.
Moreover, as has already been known, the 34-year-old, after the period requested and received by the judicial authorities are going to apologize to the 10 on Thursday morning.
The 34-year-old partner of the unfortunate businessman, and the 25-year-old recalled how they deal with the category of manslaughter by public as well as of perjury, while at the expense of the 30-year brought a criminal prosecution for harboring a criminal and perjury.
However, it is worth noting that none of the two main defendants, the 34-year-old and the 25-year-old has confessed that he took the life of the unfortunate 40Ï‡ÏÎ¿Î½Î¿Ï…, but from the first moment each blame the other.
Source