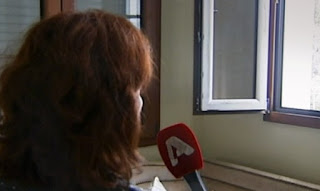 A group of bandits…
he broke into a house in Pikermi and having riveted on the couple who was at that time in it, use force, until they reveal where there is money or other items of value.
According to the testimony of the woman victim of the robbery in the Alpha, the robbers asked immediately located the safe in the house and when she answered them that there is no safe, led to the room where they kept pinned down her husband.
There, they threatened the unfortunate man that will do bad to his wife to reveal where there are things of value. When the man brought a reaction, they hit him in the face with a screwdriver, leaving him bleeding. Then led the woman to the place where she kept her jewels, which they took with them in immediate discharge.