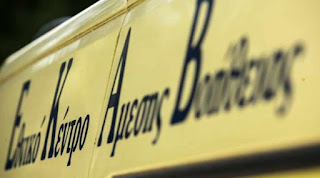 On the roof…
the two-storey home is elevated a 29-year-old and dived into the gap, with the result that’s listed in critical condition in Intensive care.
The tragic incident happened at 4 in the afternoon of the Third in Chalkida. The girl initially fell on the windshield and the hood of a parked car, and then on the road. The noise from the first fall was so strong that he took the people out of their homes to see what’s happening. Unfortunately, among these was the family of which she had not realized that the 29-year-old was up on the roof.
The unfortunate girl was admitted initially to the hospital of Halkida and then due to the severity of the medical condition in a hospital in Athens. So far it has not been known if the 29-year-old left a note or what was the reason that led to the Î±Ï€Î¿Î½ÎµÎ½Î¿Î·Î¼Î­Î½Î¿ approach.