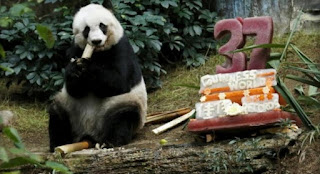 The Jia Jia, the oldest giant panda in captivity died today in …
age 38 years old in a park of Hong Kong, announced by the authorities of the park.
The responsible of the park fled to euthanasia today, after her health had deteriorated in the last two weeks, during which I could no longer walk.
The Tzia Tzia was born free in 1978 in Sichuan province of China and was in Hong Kong in 1999, with the occasion of the second anniversary of the return of the former british colony to chinese sovereignty.
According to the Ocean Park where he lived, always have been fed in the last few days and had lost a lot of weight.
“He had lost weight so that, for ethical reasons, and to not suffer, the veterinarians of the ministry of Agriculture, Fisheries and Conservation, and Ocean Park have agreed to proceed to euthanasia. We knew that this would happen one day, but today is a sad day for all of us in the park, especially for those who took care of you all these years”, referred to in the notice.
The Jia Jia, the name means “Excellence”, celebrated its 37 years in July 2015. The gift was a synthesis of ice and fruit juices with the number 37.
According to the WWF, fewer than 2,000 of always remaining in conditions of freedom. Threatened with extinction, having lost half of the natural, forest, living the space between the 1974 and 1989.
Source