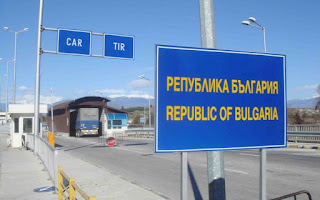 The imposition of capital controls in June of 2015 gave the coup de grÃ¢ce on the market, pushing several Greek companies abroad…
There is more and more small and medium-sized Greek businesses are resorting to neighbouring countries to save them from the explosive mixture: capital controls, high taxes and socio-economic instability that leads with mathematical precision to massive padlocks. And while, in the pre-crisis era, the Greek State subsidized the extroversion of businesses aimed at the “economic conquest” of the Balkans, the imposition of capital controls gave the coup de grÃ¢ce on the market.
To search for a way out, and in the fear of increases in taxes and insurance contributions, a number of small and medium-sized open corporate accounts in other euro area countries, where they have transactions, to be able to carry out bank transfers to suppliers or receive from their customers. Some people don’t, proceed to the next step by taking the big decision to move… scarf on his home turf.
“With the transfer of the registered office of the company abroad companies earning in relation to the domestic economy: access to finance (e.x. borrowings), security capital (either due to fear of clipping deposits, either due to a gradual ÎµÎ¾Î¬Î½Ï„Î»Î·ÏƒÎ®Ï‚ with the over-taxation) and imperfect transfer of funds (e.x. in the form of shares)”, noted the president and ceo of Ï†Î¿ÏÎ¿Ï„ÎµÏ‡Î½Î¹ÎºÎ®Ï‚-accounting company Artion, mr. George Î”Î±Î»Î¹Î¬Î½Î·Ï‚, “Huh.T.” Sunday.
The map
As reported by competent bodies, number one choice migration is Bulgaria due to distance and low taxation, followed by the Cyprus mainly because of the language, and from there, some countries of Eastern Europe, such as Macedonia, Albania, Serbia, Romania and Montenegro.
Fewer people are choosing the countries of Western Europe. Besides the cost of the relocation of businesses to these peculiarities, in the words of mrs Daliani, as regards the conditions that must be met by the enterprises, which increase the cost of transportation headquarters and a recommendation for a case-by-case.
For example, some countries seeking permanent residence of the entrepreneur in the country to allow the establishment seeking to avoid the creation of”ghosts” or temporary, purely speculative investment.
The countries of Central Europe are selected by the companies who aim to distribute their products to North Europe and to Russia and have a strong element of logistics in their business activity.
With regard to Bulgaria, the newspaper stresses that the numbers for the Greek companies opened there after the imposition of controls on capital, “playing”: from the Greek embassy in Sofia indicate that reach the 1000 while the Exporters Association of Northern Greece speaks of 1000 to 6000 enterprises.
Sources say that there are no official data on the number above. In accordance with the general adviser of economic and commercial affairs in Sofia George Koutsodimos, the rumors for establishment of 60,000 Greek businesses do not stand up. “That seems to have happened is that they opened to 60,000 accounts by Greek companies in the Bulgarian banks to address the problem of capital controls. Yes, these accounts seem to be working, denying jobs and revenues from the domestic banking system. Unfortunately, this is something that will continue”, stresses the president of the SEVE Kyriakos Consortium in the newspaper.
Source