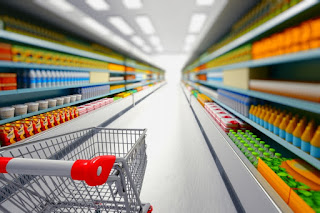 By law it is forbidden now in France to fly the supermarkets of the unsold products…
The shops now have to donate the food to charities and food banks, rather than to destroy by throwing up the bleach and transporting them to landfills, as they did in the past.
The new law was passed unanimously by the French senate on Wednesday, after a proposal submitted by the mp Arash Derambarsh. According to the Independent newspaper, the pioneer, this bill applies to all supermarkets with a size of 400 square meters and above.
In case of infringement of the law, companies are faced with considerable fines that can reach up to 75,000 euros or even prison sentences that reach two years. “The most important benefit of the new law is the fact that, by forcing the supermarkets to enter into agreements with charitable institutions, the quality and quantity of food we receive and distribute will increase significantly,” he said in the Guardian newspaper, Jacques Bailet by the Banques Alimentaires, a network of Food Banks.
“Until today, there have been significant shortages of meat, fruit and vegetables. With the new bill we hope that you will fill these gaps,” he said, stressing that there’s finally a truly useful and reliable source of quality products for the concrete foundations.
According to information, the French mp Arash Derambarsh is soon to launch a campaign for the establishment of a pan-european law that would ban the supermarket to fly Î±Ï€ÏŽÎ»Î·Ï„Î± their products. “The next step is to ask president Hollande to put pressure on Jean-Claude Juncker, to extend the law throughout the EU,” says the idealist member of parliament, stressing that “the battle against the wastage of food has just begun”.
Source