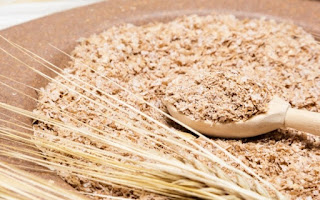 Dietary or dietary fibers are the edible part of the vegetable food, which they can’t fall or…
absorbed in the small intestine and they pass intact into the large intestine.
It is contained in almost all foods and help to regulate intestinal mobility, the control of body weight, in the prevention or treatment of constipation, among others.
According to the results of a new study, Australian scientists dietary fibre is another important benefit.
The researchers used data from 1,600 volunteers aged above 50 years of age and examined the relationship between intake of carbohydrates and “healthy ageing”. From the set of factors included in the analyses, such as total carbohydrate intake, total fiber intake, glycemic index, glycemic load and intake of sugars, it seemed that the total intake of dietary fiber had the strongest positive effect on what the researchers described as “healthy ageing”.
I mean, she seemed to be associated with lower probability of occurrence:
-Disability
-Depression
-Discount of cognitive function and
-Chronic diseases such as cardiovascular diseases and cancer.
This is the first study that has examined the relationship between intake of carbohydrates and “healthy ageing”.
The fiber present in the fruit (pears, apples, strawberries, peaches, apricots, oranges), vegetables (cabbage, lettuce, artichokes, onions, corn, tomatoes, peas, green beans, broccoli), legumes (lentils, chickpeas, beans), as well as in all the cereal products wholegrain (cereals containing bran, wholemeal and multigrain).
The results of the study were published in the international scientific journal The Journals of Gerontology.
Source