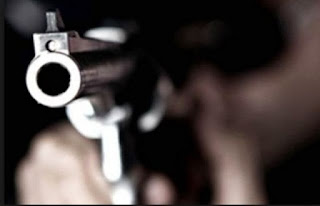 Robbery with the morning branch of the POST office in Limni…
It was 7:40 in the morning when the two robbers with guns in hands they burst into the post office of Lake…
One was wearing a wig, with glasses, while the other had raised a handkerchief up to the middle of the face.
At that time there were no customers, only staff of the branch of the POST office.
Threatening with the two pistols, the officials took that money existed in the fund, and they left. It is not excluded that there was a third accomplice who was waiting for them with a car.
Information indicate that Santa wasn’t as generous with them as the prey should be around 1000 euro.
The police authorities of Evia has raised the alarm and made extensive investigations to identify the robbers.
Source