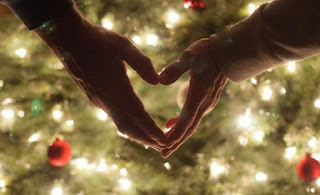 It’s the season of joy – at least for most of us and in spite of the difficulties…
For some, though, Christmas has never been the best, and the cause may be the brain.
This report scientists from Denmark, who have sought – and have successfully identified the circuit the spirit of Christmas on the brain.
This circuit, according to tanea, is an area that is believed to play an important role in the feelings of joy and nostalgia that most people feel the festive season.
The study was conducted in a small number of volunteers and published in the christmas issue of the ‘British Medical Journal’ (BMJ), which traditionally is dedicated to original and kind of funny studies (a few years ago, l.g., had published work on the alcoholism of James Bond for the diet that it needs as a matter of urgency Santa Claus).
In the context of the new study, scientists from the University of Copenhagen submitted to functional magnetic resonance imaging (fMRI) brain 20 volunteers, ten of which were celebrating Christmas and the rest not.
The fMRI is a sophisticated form of mri, which does not examine the structures of the brain such as the classic, but what and how much is put into operation at our every move and thought.
During the fMRI, the volunteers wore goggles display (video goggles) and I had to look alternately for two seconds each, six consecutive christmas photos and six daily, until you complete a total of 84.
Then, they answered questions about how they felt about Christmas, and if and what kind of christmas traditions they had.
By examining the researchers mri scans, found that those who celebrated Christmas activity five specific regions of the brain growing every time I looked at the christmas photos.
These areas are the left primary motor and the Ï€ÏÎ¿ÎºÎ¹Î½Î·Ï„Î®ÏÎ¹Î¿Ï‚ cortex, the right parietal lobules (upper and lower) and the Î±Î¼Ï†Î¿Ï„ÎµÏÏŒÏ€Î»ÎµÏ…ÏÎ¿Ï‚ primary ÏƒÏ‰Î¼Î±Ï„Î¿Î±Î¹ÏƒÎ¸Î·Ï„Î®ÏÎ¹Î¿Ï‚ cortex.
The specific areas associated with spirituality, the recognition of emotions in the face of others and identification with them, according to scientists.
These findings provide a scientific explanation for the reasons why millions of people remain apathetic in the magic of Christmas and the nostalgic feelings, the enticing smells, human warmth and solidarity that accompany it, they add.
For the record we recall that the most famous… Î¼Î¿Ï…ÏÎ¿Ï…Ï„ÏƒÎ¿ÏÏ†Î»Î·Ï‚ of Christmas is not in spite of Ebenezer Scrooge, the protagonist of “a Christmas carol” of Charles Dickens.
It remains to be clarified whether the circuit of the christmas spirit in the brain is changing really mode after visiting a man named Jacob Marley and three ghosts..