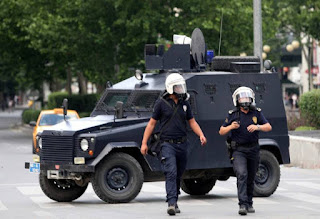 The information in the secret service of…
Germany was finally on the Turkish MIT, the Turkish secret service has informed that terrorists have crossed into Europe via Aegean sea through Greece.
The same information, the Turks have sent her and the services of the France and the united states. In the case of Germany, the attacks planned in two subway stations in Munich. The terrorists as saying the Turkish journal Î§Î¿Ï…ÏÎ¹Î­Ï„ passed with fake passports they intended to launch at the same time hits a suicide in different areas.
Targets were mostly churches and places of mass concentration. The information he had as a result of to be closed for hours two subway stations in Munich until the necessary checks.
Source