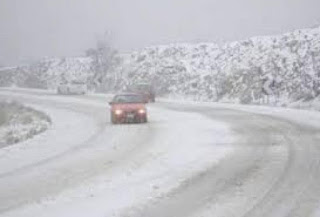 Happy ending had the adventure of a young couple from Larissa, which… on the afternoon of Sunday was trapped on the road between Cave and ÎšÎ±ÏÎ¯Ï„ÏƒÎ±Ï‚.
The incident took place a little after 5: 30 in the afternoon when the vehicle in which he was flying was the man, the seven-months-pregnant wife and a 2.5 years old daughter was disabled by the snow, had no snow chains.
Things were made worse as to the point of the mobile phone of the pair had no cover. However, they did use the international number of emergency (112) and immediately mobilised the authorities.
In point, as reported by the onlarissa.gr, rushed two vehicles with five men under the guidance of the deputy commander of the City of Larissa, Fire, Ï€ÏÏÎ±ÏÏ‡Î¿Ï… mr Giannis Raptis.
After some time, the couple and their child moved back safe in the Cave.