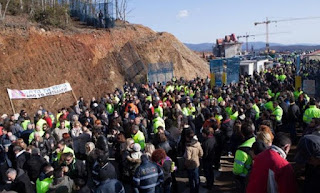 Path to the construction site of the company’s gold in Skouries, made by members of the…
committees of Halkidiki and Thessaloniki against the mining.
The protesters Ï€ÏÎ¿ÏƒÏ…Î³ÎºÎµÎ½Ï„ÏÏŽÎ¸Î·ÎºÎ±Î½ earlier in Ierissos and in the node. Virgin mary and later joined in a march and Î±Î½Î·Ï†ÏŒÏÎ·ÏƒÎ±Î½ to the mountain, where marched out of the construction site of the company, in the presence of police force, shouting slogans against the gold mining.
During the protest, demonstrators threw symbolically a part of the fencing of the construction site, without, however, try to enter the interior of the plant, as a sign of protest and opposition to the mining of gold in the area.
In the course took part the deputy of SYRIZA, Katerina Î™Î³Î³Î»Î­Î¶Î·, the regional councillor Lazarus Î¤ÏŒÏƒÎºÎ±Ï‚, councillors of the municipality of Aristotle, etc. 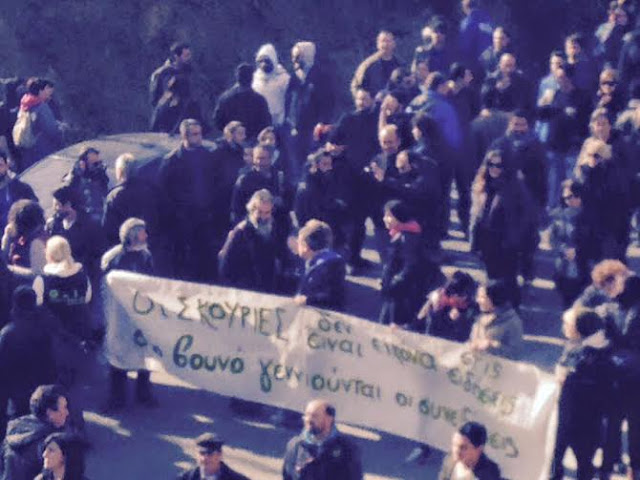 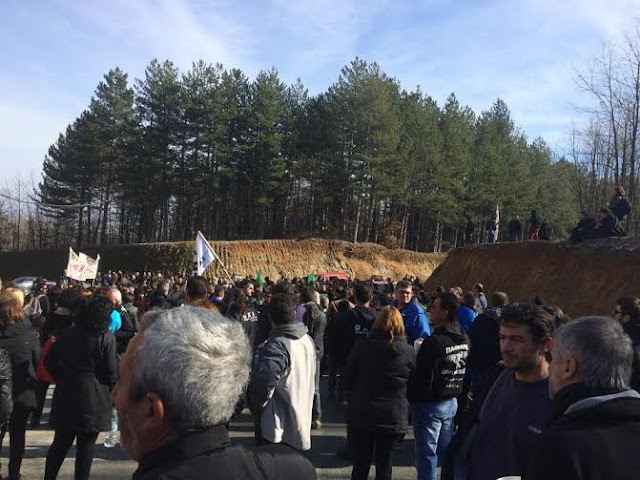 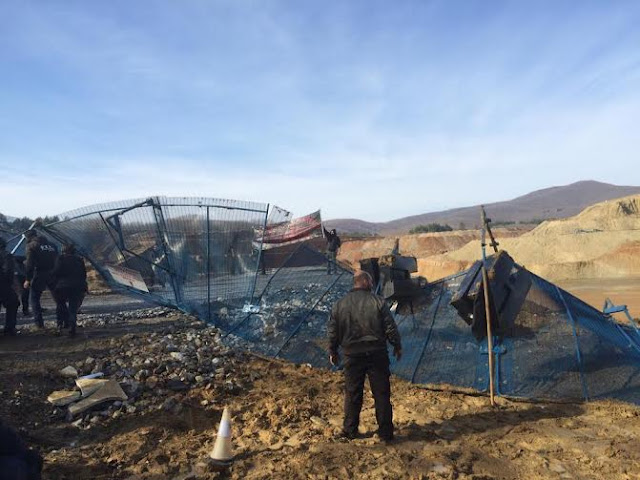