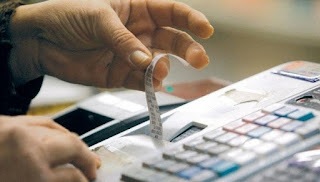 Targeted actions by the Department of Financial Police of Northern Greece in cooperation with officials of the Office of Research & Safeguard Public Revenue (Y.E.D.D.E.) Thessaloniki, for the detection of violations of tax and insurance legislation.
In particular, the tests were carried out on days 19 and 29-4-2016 in various enterprises, in the wider area of the Prefecture of Thessaloniki, where:
Three (3) business marketing catch it was found the non-issuance of (64) tax information total value of 4.721,00 euro in violation of the tax legislation.
Five (5) establishments identified the non-issue of four (4) tax information total value 229,75 euro, in violation of the tax legislation.
In parallel it was found that three (3) employees were not registered in the ÎµÏ€Î¹Î´ÎµÎ¹Ï‡Î¸Î­Î½Ï„ÎµÏ‚ tables staff while emerged and thirteen (13) violations of the insurance legislation.
In a company provider phone service together, found that two (2) employees were not registered in the ÎµÏ€Î¹Î´ÎµÎ¹Ï‡Î¸Î­Î½Ï„ÎµÏ‚ tables, as well as staff also emerged four (4) infringements of the insurance legislation.
For the above cases, were informed by the competent services for the imposition of the provided administrative sanctions.
It is recalled that the citizens can communicate, anonymously or in a phone number 11012 or e-mail addresses 11012@hellenicpolice.gr & financialpolice@hellenicpolice.gr the Directorate of Financial Police, to provide information or to report illegal and reprehensible actions or activities in the field of economy, public property, as well as social and insurance welfare and rights.