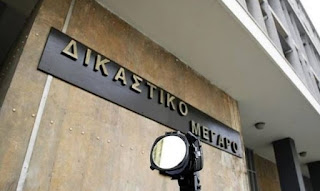 Two brothers…
were sentenced to years of imprisonment by the Mixed Sworn Court of justice (KAU), Thessaloniki for lewd acts against a minor.
The first, 38 years old, was punished with a sentence of 20 years and led to prison, while the second, 35 years of age, with 6 years ‘ imprisonment, but unlike his brother, he was released -conditionally – in view of the court of appeal.
As described in the indictment, the 38-year-old, the period 2012 – 2013, forced the children-then 10 and 11 years of age daughter of ex-partner, to satisfy his sexual appetites. The 35-year-old brother was accused of a case of seduction during the same period, transmits the Athenian Agency.
In the apology, they denied their actions, but they manage to convince with their claims.