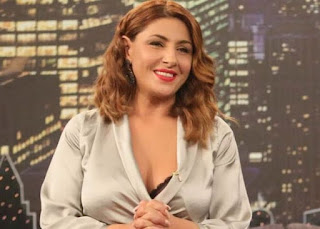 Elena Paparizou spoke to Gregory Probst and “the 2Night Show” in an interview that will air Wednesday night.
A few hours before the show, the “Breakfast” secured a small excerpt from what he said the famous singer. What answer to the much debated question of its occurrence and the unnecessary pounds? When Gregory Probst pointed out that she has lost weight, she said, “never mind that, continue. Why I don’t deal with pounds. With that I threw the scales out of my house, all of a sudden I started to fall in pounds.
As for whether there is a possibility to represent Greece in the Eurovision song contest, Elena Paparizou explained: “I have Not received a formal proposal. If I would have had the song, I’d think about it very seriously.” In fact, immediately after that , the Themis Î“ÎµÏ‰ÏÎ³Î±Î½Ï„Î¬Ï‚ revealed that “the song for Eurovision ready”.