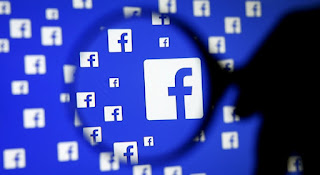 The well-known Facebook is nothing more than an innovative idea, something that I don’t…
there was nobody she knew that she wanted until he showed up. It is a idea that change a lot of how we perceive the social but also the business and nobody can argue. But what is it that you don’t know what Facebook is?
The story of Facebook
The Facebook made its appearance for the first time, of 4 February 2004 and since then has changed the way people perceive the sociability. Founders is known to all, Mark Zuckerberg and the not-so-famous roommate at the university of Eduardo Saverin. When started, the name was Facemash, then evolved into Thefacebook and later for marketing reasons, the â€œtheâ€ is gone, and left the Facebook.
It originally functioned as a platform open only to the students of Harvard. In March 2004, was extended to the university of Columbia, Stanford, and the Î“Î±Î¹Î». Over time it was open in most of the universities in the U.S. and Canada.
On 26 September 2006 was the big “bang” Facebook was no longer accessible to anyone over 13 with a validated e-mail address.
The economic statistics of Facebook
It is estimated that only during the first 3 months of 2016 Facebook had collected 1.5 billion. dollars, while the IPO (initial public offering) brought together 16 billion. dollars making it the 3rd largest ipo in the history of the united states. The Facebook is now 5th most valuable public company in the world, as well as the estimated market value is 321 billion! This contributes to the fact that from 2012 until today he has spent more than 25 billion. the acquisition of competitors such as Instagram, WhatsApp and Oculus.
How many people really use Facebook for?
The July 2016 in Facebook was registered to 1.71 billion. active users, i.e. 38.6% of the world’s population
On the day it is estimated that using the Facebook 1.083 billion. people
The average number of friends the users have on Facebook is 338 while the minimum is around 200
Half of internet users who don’t use Facebook live together with someone who does, and 24% of these stating that watching the Facebook from his own account.
It is estimated that approximately 81 million. profile is fake
What are the stats of Facebook
62% of connections to Facebook share to consumers who want to enroll in applications and business websites and services
80 million. people use Facebook Lite application for connections with limited speed
The workforce is 12.691 people
Users spend an average of about 20 minutes of the day on the website.
It is estimated that the users clicked about 4 million. likes the second.
More than 250 billion. photos uploaded to facebook so far, which is about 350 million. pictures of the day!
Source