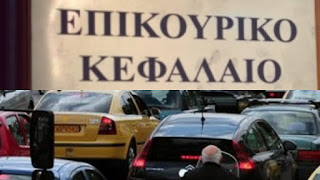 With a new legislative intervention, the government will attempt to close the gap that opens in the matter of the compensation of the Auxiliary fund Insurance of a Car, after the change of the legislative framework for the insurance companies that are closing, as their reserves will be passed directly to the liquidators .
In accordance with the new law voted in Parliament, with the incorporation of the directive Solvenncy II in the Greek legislation , there is a change in the applicable law ,according to which the reserves and assets of companies in the sector car, which revoked the operating licence, no longer pass to the liquidators and not to the Ancillary Section of a Car, which is responsible for the compensation and cover for a month, after the suspension of the operation, the members of the company closes.
Nevertheless, the responsibility of compensation continues to weigh on the Auxiliary fund, which, according to the executives will face immediate financial trouble, since he will not be able to directly manage reserves and assets and will have to wait for the proceedings by the liquidator.
Given that the Auxiliary fund has excessive obligations, in the last few years, a series of massive padlocks insurance companies there is a risk that if you shut down another company to drive in a black out in matters of compensation.
So executives of the insurance market depressed, in the past few days, to delete the relevant provision from the bill something that was not accepted by the competent ministry, which, however, there have been commitments and by the same minister, mr. Thanksgiving that you will come back soon with a bill concerning the operation of the Auxiliary Chapter and gives solutions to this issue.
Here it should be noted that for the Auxiliary fund exists and a court pending in the plenary of the supreme Court, as there have been proceedings and contradictory decisions of the supreme court on the unconstitutionality of an older legislation, which has set a ceiling on the compensation that may be gives and main in relation to the mental anguish.
Finally to mention that there are thoughts and suggestions to the Auxiliary fund to undertake only the covers of uninsured the unknown vehicles and part of the outstanding compensation of insurance companies which are closed to be passed to the liquidators and generally in the process of liquidation of the company .
Source