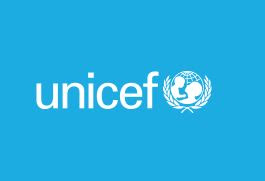 Reductions in child mortality and a reduction in cancer rates of breast and ovarian cancer for women who breastfeed…
A new Series of studies published by the medical journal The Lancet provide evidence that the improvement of the practice of breastfeeding could save the lives of more than 820.000 children time, 9 out of 10 of these infants under 6 months old.
The increase in breastfeeding could prevent nearly half of cases of diarrhoea and one-third of respiratory infections – the two main causes of death of children under 5 years of age.
The studies Lancet also show that for every year a mother breastfeeds, the risk of developing invasive breast cancer is reduced by 6%. The current rates of breastfeeding already prevent almost 20,000 deaths from breast cancer each year, a number that could double with better practices of breastfeeding. The longer duration of breastfeeding is also associated with the reduction of ovarian cancer.
“By investing in the breastfeeding has a significant impact on the health of women and children and the economies of both rich and poor countries”, said the head of the Sector Nutrition UNICEF Werner Schultink. “This Series provides important evidence in favour of the argument that breastfeeding is the cornerstone for survival, health, upbringing and development of children and contributes to the well-being and a more sustainable future.”
The Series of Lancet confirms the benefits of breastfeeding for women and children in countries of low-and middle -, and high-income, said the UNICEF.
Breastfeeding reduces child mortality in high-income countries. It is associated with a 36% reduction in sudden infant deaths and almost 60% reduction in the most common intestinal disease among premature infants. A child who is breast-feeding for a longer period of time runs a reduced risk of becoming overweight or obese later in life.
The series of Lancet found that the cognitive damage associated with a lack of breast-feeding, have an impact on the income, amounting to $302 billion a year. Countries low-and middle-income lose over $70Î´Î¹Ï‚ per year, while the high-income countries lose more than $230Î´Î¹Ï‚ year due to the low rates of breastfeeding.
UNICEF reported that the multiple advantages from the point of view of health for mothers and children, as well as the possible economic benefits, we need to encourage governments to establish policies and programs for the protection, promotion and support of breastfeeding.
This is especially important for working mothers. If you and timely return to work tends to reduce the chances that a mother will breastfeed, at about 60% of the countries, maternity leave is not enough recommended by the International Labour Organisation (ILO) minimum of 14 weeks paid leave. When I finally nursing mothers return to work, the places of employment are lack of facilities to breastfeed or to make the milk.
Werner Schultink of UNICEF, pointed to the conclusion of the Lancet that improving the rates of breastfeeding is a fundamental factor for achieving many of the Objectives for Sustainable Development, in particular those related to the health, survival and education of children. “Breastfeeding is the most natural, cost-effective, environmentally friendly and readily available way that we know of, to offer to all children, rich or poor, healthy start in life,” he said. “It’s a case of win-win for all stakeholders in order to set that as a priority.”
Source