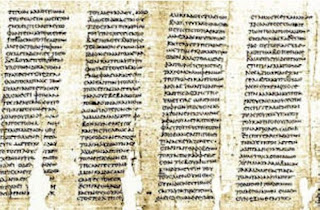 The findings of Dr Jay Kennedy radically changed the history of western…
The researcher discovered that Plato used a layout of symbols from the ancient followers of Pythagoras, so they gave it a musical structure in his books.
A century before Pythagoras had said that the planets produce a non-heard music, a harmony of the spheres.
Plato took this music, which was hidden and put it on the books.
In accordance with the hidden codes show that Plato got the Scientific Revolution 2,000 years before Isaac Newton, he discovered the book of nature that is in the language of mathematics.
The way you analyzed the messages show a connection of the church with science.
The researcher Kennedy declares that: “Plato’s books played a major role in founding Western Culture, but they are mysterious and end in riddles”.
“In ancient times, many of his followers said the books contained hidden levels of expressions, and secret codes, but this was rejected by modern scholars, who could not explain it. It is a long and exciting story, but basically I cracked the code. I have shown rigorously that the books contain codes and symbols and that unraveling them reveals the hidden philosophy of Plato. This is a true discovery, not simply reinterpretation”.
He spent five years studying Plato, the researcher, and so he realized that in the famous work of Plato’s “Republic”, had set up a team of words that had to do with the music from each twelfth of the text.
The parts which are mounted harmonics notes made description of sounds that have to do with the love and laughter while in the Ï€Î±ÏÎ¬Ï†Î¿Î½Î¿Ï…Ï‚ sounds he described the death and the war.
“As we read his books, our emotions follow the ups and downs of the music scale. Plato plays his readers like musical instruments,” says Dr. Kennedy.
Plato was hiding his ideas, as he knew it was a threat to the Greek national Religion.