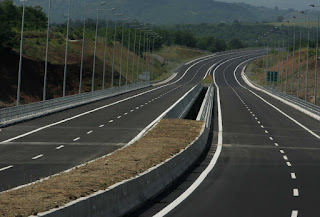 In Germany will be transferred to the highway Egnatia odos, in the case of our country catch the…
objectives with regard to the traffic charges, according to sources of the MINISTRY.HOME.
The above condition, is located in the third memorandum signed by Greece. Was added from the side of the Troika, but it was considered symbolic of the Greek side, which and accepted. This threat, however, seems to take flesh and bones in the event that Greece did not catch their objectives, as well as the Ministry of Public Works of Germany’s looking into the case of the Egnatia for the connection Frankfurt – Hamburg, which has been deemed necessary. A technocrat of the German Ministry said the “Bun”: “The project is technically feasible and the circumstances are convenient. We’ll just leave the tolls in Greece, from which it will be collected normally the fare and then will be awarded in Germany for the maintenance of German now, highway”.
The Greek side, which was greeted with coldness of the news, has stated that she will resist with every means at such a possibility. Finance Minister Yannis Stournaras, at a Press conference he was adamant: “The Greek driver is faced with a cruel punishment that I deserve. And for this I call on all Greeks and the Greeks to pay the release fee, and to stop to deliver the license plates from their cars. I have already purchased 5 end traffic while I only have 3 cars. Let’s give everyone everything,what more can and what is left over from the table, because it will take us to the gem of Northern Greece” and continued with a full-charged voice: “Why is anyone guide is not worth the turns of the Curse and of Chestnut, the smell from the vomit of the children in the back seat, waiting for the traffic lights of Asprovalta…”. The Minister, after this emotional outburst, walked sobbing from the room, leaving Î±Ï€Î¿ÏƒÎ²Î¿Î»Ï‰Î¼Î­Î½Î¿Ï…Ï‚ journalists. The Secretary-General of the Ministry of commented off the record that the Minister has described, with a particularly bleak picture of the situation, something that does not show temper. He added that the highway has been funded from national resources, which means that legally we can claim to remain in the country for at least the Min.E.A, if not an entire normal lane, which if nothing else is positive.
It is worth noting that the only positive reaction came from the NGO “Arcturos”. In the press release mentioned among other things: “The race is finally starting to be vindicated. A small battle seems won. No more dead bears in Egnatia”. Rumors that they want together with Egnatia to Î¾Î·Î»ÏŽÎ½Î¿Ï…Î½ and the port of Igoumenitsa with the city is deemed to be inaccurate, although residents of Hamburg have already hurrying to buy homes with sea views in a privileged value in the capital of Thesprotia.
Source