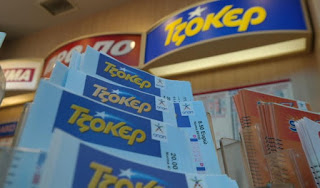 Increased it is early in the morning, the turnout at the agencies of OPAP in view of today’s draw, 23/10/2016, of 6 million euro…
Feature of the high attendance is that the columns at this time are rising at a rate of 6 thousand the second!
During the last draw of Thursday 20/10, where there was again a jackpot, the columns filled in by the friends of the game exceeded 8 million, and the potential that has been developed for the current draw is without precedent.
The statistics of draws
On the basis of the official data that is available and the www.opap.gr from the 1.969 draws you count the Joker in the history of the numbers that have made the most appearances in the top five is:
– 37 with a total of 252 appearances
– 34, with 242 appearances
– 32 with 239 views
– 18 with 237 views
– 13 with 236 views
Respectively, the numbers Joker who got top through the years is the 6 with 112 appearances, 16 with 111 and 3 with 108.
One of the most popular and easily systems to the Joker, as reporting agents, is the selection of 5 numbers from a field of 45 numbers and all the Jokers in the field of 20 numbers, with a cost of 10 euro.
This system selected many times by aspiring players who want to make sure that we get at least the number of Jokers.
The popular game has been split from the beginning of the year more than 85.500.000 euro to all the winners, and 17 of those winners have reached the ultimate dream of millions.
The deposit of cards a Joker can be done in all the agencies of OPAP. The deadline for the submission of vouchers is until 21.30.
Good luck and good results in the joker.
Source