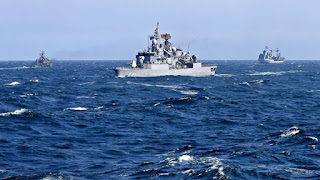 Two dead today in an equal number of incidents with immigrants and refugees…
to the north of the island. In particular, a child, about five years old, lost his life when the boat in which he was riding sank. According to the up to the minute information, the child succumbed to hypothermia despite the efforts of rescuers, in the unit of intensive care of the Stairs Sykamnia, where it was transferred. From the shipwreck were rescued 46 people, while the unknown remains up to now if any of them are missing. Still, one woman died during the journey from the Turkish coast, but also from hypothermia.
Today, in Lesvos, and especially on the north side, there is frost. Temperatures have been around zero, and this makes difficult the survival of people such as refugees, who are unaware of the dangers of such a journey, something, of course, who know the Turks carriers, who, undisturbed from the opposite coasts continue to send people on trips of death.
Yesterday, under very bad weather conditions, conditions of actual frost, in Lesvos passed 1.028 persons, of which 828 were up to today at 9:00, at the Centre Registration and Certification of the Municipality. Today, with the first light of the day and until 12:00, according to police sources, they had landed on the shores of the island more than 1,000 migrants and refugees, including hundreds of small children.
Source