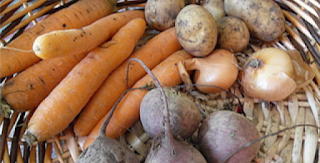 An epidemiological study of the professor of the university of Athens, mr. Athena Linen in Inofyta, brought to the surface a terrible secret about which nobody talks for years.
Potatoes, onions and carrots that arrive daily at our table, hide deadly poisons, contaminated with dangerous heavy metals that are often 1000% more than the permissible limits.
Areas in the plain of Thebes and Oinofyta that produce the greatest quantities of onions, carrots and potatoes in all of Greece, have been poisoned by the waters of the river Asopos, which accept the waste of tens of industries in the region.
The hazards of the product of the area of Oinofyta, is also apparent from a study of the Laboratory of Food Chemistry, University of Athens presented at the 7th International Conference “Days of Analytical Chemistry”, in Mytilene.
The study group (G. ÎšÎ¹ÏÎºÎ¯Î»Î·Î·Ï‚, C.Hug It Forward Began In.ÎœÎ·Î½Î¹Î¬Î´Î¿Ï… With The Initial Goal To.Î˜Ï‰Î¼Î±ÏŠÎ´Î·Ï‚ and C.Zampetakis) buy and compare food â€“ bulbs (carrots, onions, potatoes) from Thebes and Oinofyta with others that have been produced in areas with little or no industrial activity.
The team of the University of Athens bought 13 production batches from each of the above three foods that have been grown in Thebes, from 13 supermarkets of Athens and each of these was analysed 3 times was compared with 2 samples from “clean” areas, each of which has also been analysed 3 times.