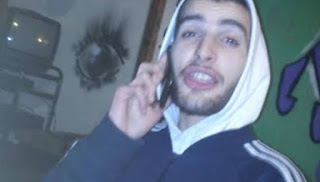 Still don’t understand why it’s gone…
the child, the family of the 20-year-old boy who fell into the sea on Sunday, at dawn, at the marina Zeas, in Piraeus, with the result that he drowned.
Today, in heavy mourning, was held in the Vilia, the funeral of 20-year-old young man, who according to the testimony of his friends, was under the influence of alcohol and was suicidal the day of his death, while questions are born from the fact that no one fell into the sea to help him, since he fucked in the water.
The grandfather of the 20-year-old Study mr Anastasis, says : “I don’t know exactly what happened that fateful night. He said he was at the pier of marina Zeas, and maybe had a little too much. I didn’t know is that he was out for a walk with his friends and that Monday we were going to cut the delay to serve and the military service”.
And continues by highlighting the details that he learned about the death of his grandson: “From what I know is that he said he wanted to go to the bathroom and left him and he fell to the sea… his friends tried to save him, but the men of the EMTS stopped them, saying that they can’t do something themselves as it is their jurisdiction. So they saw a man die and did nothing… just stared at me! I still can’t believe it. We lost our baby in vain. Only son and Î¼Î¿Î½Î±Ï‡Î¿Î­Î³Î³Î¿Î½Î¿… I Want to clarify everything about the death of my grandson,” said the grandfather of the 20-year-old child.