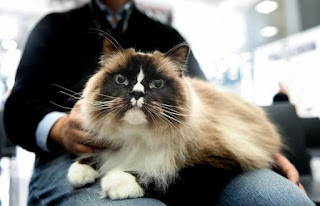 Their honor had cats over the Weekend, in a report on those players…
The 28th and 29th International Exhibition Morphology of Cat was held on 23 and 24 January 2016 at the exhibition center Helexpo Maroussi.Greek, with dozens of cats to steal the show.
Beyond the adorable four-legged, don’t miss, and some of the disguises, with the event organised by the Greek Organisation of Cat.
The cat is the most popular pet and lives in the environment of man for at least the last 9.500 years.
Until recently it was believed that the cat was domesticated in ancient Egypt, where it was considered a sacred animal. However, researchers in 2007 found that the origin of the domestic cat probably goes back to five african wildcats (Felis silvestris lybica) who lived in the Near East around 8000 bc.X.