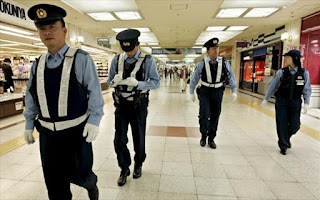 In the service of the police of Tokyo is once again the technology… with the authorities to create the first database of three-dimensional images of suspects, in order to make it easier for case of identification.
According to the japanese Press, the 3D images will help the authorities to identify suspects, whose action has been recorded on the security cameras.
The 102 police stations of the japanese capital has already begun to be equipped with the appropriate equipment, while until April, the new process of identification of suspects are expected to be put into full application.
In accordance with the senior officers of the police, the faster identification of suspects will increase the effectiveness of the principles, which will be able to move rapidly in detection of subsequent cases.
For the time being, however, the new service has been implemented only in a regional police headquarters, as reported by the BBC.