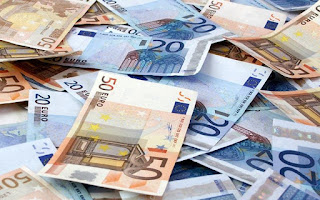 More and more deeply put the hand in the pocket of the greeks after the new contributions…
and keep the largest part of the salary ends up in the state. For every 100 euros of wage that the worker receives the 57 euros go to taxes and levies shrinking even more the incomes of wage earners.
According to a publication of daily newspaper, Greece is a champion in reservations not only in the Eurozone but also among the members of the OECD. In 2016 the tax and the solidarity levy, which began to be withheld, the employer will pay 100 euros for the employees, but of them will end up in the pocket of the employee from 42,5 euros to 67 euros depending on the amount of the salary. The rest, from 33 to 57,5 euro in 100ÏÎ¹ÎºÎ¿ will go to the fund of the state in the form of insurance contributions and taxes.
Examples
For a average salary of a worker with two children, the order of the 20.296 per year, gross bookings will reach a total of at 40.9% in 2016. For the employee, the employer will pay the time 25.573 euro, of which 33,33% will end up in the insurance funds either as contributions or as contributions to a worker and 7,56% goes to the irs either in the form of income tax either in the form of a tax of solidarity.
Strain company, which is remunerated with the 80,000 euro gross annually, will cost the employer 100.800 euro, as well as on gross earnings of incorporated and the insurance contributions of the employer. From these 20.800 euro will be in the CAPACITY as employer’s contributions, 12.400 will end up again in the CAPACITY as the contributions of a worker and the ÎµÏÏ†Î¿ÏÎ¯Î± will get 24.997 euro. It’s obvious that the state will make more than the worker.
Based on the data compiled by the Everyday and the 2015 Greece joined in the first place with a coefficient of booking 41,06%. With a rate of 40.9%, Greece will be in 2016, the country with the highest bookings in wages internationally, working punitive more than any other country – a member of the organization. In the Eurozone, in the next few posts from Greece, at the level of the reservation are France, Belgium, Italy, Finland, Austria, Germany, Spain, Portugal and Slovakia.
When in the Spring of next year will be released the annual report of OECD for bookings in wages, Greece is considered to be a given that they will keep the lead, especially with regard to the reservations of all those who are still paid with salaries higher than the average (1.080 million net on a monthly basis.)