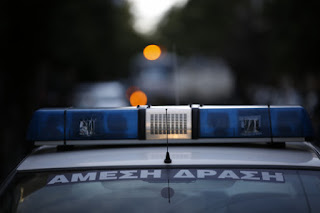 Only horror can cause the vicious crime that occurred in the morning…
in an apartment on the 2nd floor in the street Olympus the Pigeon. Perpetrators of two men, victims of a husband and wife and their children.
According to information, unknown invaded on 02.05 in the morning in the apartment building where he resided a family from Albania and shot the 50-year-old woman and the 53-year-old husband. . It is not yet known if their motive was robbery. The perpetrators shot him in the head man and his wife.
Inside the house at the time of the crime were the two children of the couple, a 28-year-old boy and an 18-year-old girl. The perpetrators don’t hurt the children. The young man, only, bring a blow from a sharp object on her chin.
The man and the woman were transported to the hospital, where, unfortunately, the woman succumbed to her injuries. Her husband is hospitalized in serious condition.