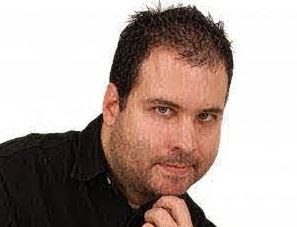 Written by Christos Email.Î¤ÏƒÎ¯Ï‡Î»Î·Ï‚ A Lawyer In Athens
Article 101A of the Constitution provides that the National Council for radio and Television(E.P.R.) is a constitutionally established independent authority,to the exclusive jurisdiction of which belongs to the control and imposition of administrative sanctions in accordance with article 15 par.2) of the Constitution. Nowhere in the Constitution,is not referred to the competence of a minister for the same issue.
Article 14 of the Constitution enshrines the freedom of the press.The guy is free. H censorship and all other preventive measure is prohibited.As to the number of licenses,the Constitution requires that enshrined the freedom of expression, so it’s not for the state to monopolise broadcasting.The Constitution provides for freedom of expression and, in particular, in article 15 provides that there must be a pluralistic and objective information. A first question is whether this is ensured by the number of licenses.In addition,the European Court of Human Rights has held that status of a state monopoly is not permissible, on the basis of Article 10 of the European Convention on Human Rights. It’s a question of how much each member-state to limit every time pluralism, so as not to infringe article 10, which you mentioned, which is the equivalent of article 14 of the Greek Constitution.
Article 15 provides for the control of the state on television stations. It also provides that this control is exercised by the FCC.
The settings of the new law, set excessive specifications economic, technical and, in particular, for personnel, for the operation of television stations and therefore prevent participation in the competition of small and flexible organisational forms, which could contribute, utilizing ingenious collaborative practices of journalists, initiatives, civil society actors, and rapidly developing technological capabilities, the variety and variegation of the new television landscape.
A major problem of the new law is the role of the competent minister, as to the determination of the number of licenses ,but also as to the specificity of the conditions for the regional stations, downgrading the National Council for radio and Television (E.P.R.), the Independent Authority on the “exclusive competence” of the which belongs by the Constitution (article 15) the estimated “direct control of the state”, which “takes the form of a regime of prior authorisation”.
The solution to the problem,is the search for consensual solutions, with a focus on the establishment of the E.P.R.
The National Broadcasting Council shall be composed of 7 members, of which one (1) appointed as Chairman and one (1) appointed as Vice president (article 2 of law no. 2863/2000). The selection process, however, requires a broad political consensus, as well as those members not appointed by a unilateral act of government, but with unanimity or a majority of 4/5 of a parliamentary body which brings together all parties of the House (â€œthe Conference of Presidentsâ€).
The Constitution also states that the selection of the persons who comprise the independent authorities, is made by decision of the Conference of Presidents of the House and â€œwith the pursuit of unanimity or in any case by the increased majority of four fifths of its membersâ€. This means that the Conference of Presidents shall take a decision, at least with the 4/5 that relate to all of the members, not the â€œpresentâ€ during the meeting. Explicitly, the Constitution states that â€œon the selection process defined by the rules of the Parliamentâ€.
The conference of presidents,it is a body consisting of the Bureau of the Parliament (the president and six Vice-presidents), plus also past Presidents of the Chamber (if members), plus the Chairmen of the standing committees, plus the Chairman of the Committee on Institutions and Transparency , plus the Presidents of the parliamentary groups and, if there are at least 5 independent members, one representative. The competence of the Ppi regarding the choice of the members of the independent authorities established by article 14 (d) of the Kab, which states that the Ppi selects recommendation of the Chairman of the House unanimously, otherwise by a majority of 4/5 of its members, the members referred to in article 101 (A) of the Constitution of Independent Authorities, and may in those cases provided for in the law, to revoke the option and to decide the replacement of a member or all the members of an independent authority, with the same majority or to decide their rebate as a result of a final conviction for those referred to in article 3 par.4.3051/2002 acts or acceptance of their resignation.â€