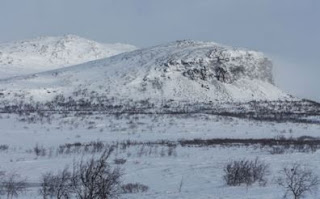 Norway is prepared to give to the neighbor, Finland, a mountain as a gift for the… 100th anniversary of the independence from the Russians.
The top of mount Halti is located 20 meters inside the Norwegian border between the two countries. The campaign has been launched on the internet calling on the Norwegian government to grant this small piece of the mountain to the Finns, so as to obtain not only the entire mountain massif and the highest point of the country.
The creators of the campaign have sent a request to the government and made a page on facebook to find more supporters. The campaign has won the support of the Norwegian Mapping coast, of which the chief Annw Cathrine Frostrup said: “I Believe that it is a very good idea. And it’s a very nice gift to a country that has high mountains”.
The person in charge of mapping Bjorn Geirr Harsson added: “The only thing we have to do is deliver a little piece of Norway. It will be almost unnoticed and I’m sure the Finns will appreciate it and will accept it”.
The Finns commented on the page said they were surprised positively by the possible gesture.
Source