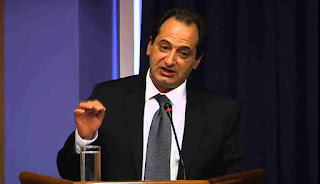 Starting again after months of…
stopping the construction of the metro of Thessaloniki, having as announced by the minister of Infrastructure, Transport and Networks Christos Spirtzis, within the first ten days of the new year work will start in the basic line. P. Station â€“ N. Switzerland.
“We anticipate the immediate start of work on the basic project, on the main line within the first ten days of January of 2016, and by 1 February the full restart of the project”, underlined mr. Spirtzis the Agency 104,9 FM.
The minister also announced, that the first phase of the project will be completed in March 2017, while the project will be delivered to the inhabitants of Thessaloniki in the first half of 2020.
He pointed out that the negotiation with the representatives of the consortium responsible for the construction of the subway was completed successfully, and underlined that the restart of the work will provide a definitive solution to a project that had turned into a “gordian knot” for the Thessalonians.
Source