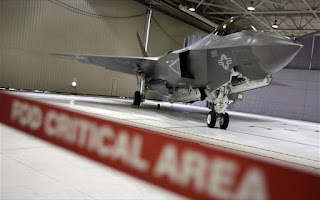 With “Star Wars: The Force Awakens” in theaters, and the new… “Independence Day” to be expected soon, the image of the fighter aircraft/ spacecraft that is facing the enemy with weapons laser beam is again “timely”. However, from the looks of things, maybe it’s not located in the very distant future when that will become a reality: As CNN reports, the US Air Force Research Laboratory (AFRL) supports that it is on the road to present a functional laser weapon for fighter aircraft by 2020, as the technology has “matured”.
The possibility of equipment of larger aircraft with lasers for years, however, the creation of a laser sufficiently small to be passed in fighters was a difficult challenge. As noted by Kelly Hammett, chief engineer of the directorate directed energy of the AFRL, the g forces and the vibrations that characterize the almost supersonic speeds complicate things – however, these obstacles can be overcome within five years.
Also, it is worth noting that the AFRL is working and in another “exotic” idea: a defensive shield of laser 360 degree laser that will destroy threatening objects (missiles or other aircraft) that will enter within the. Relative turret has been tested already successfully. In general, it is noted that the use of laser weapons will have mainly the character of self-protection, so the image of a fighter casting catapulting from special cannons rays against its enemies is still far away, as well as laser weapons will be mainly aimed at neutralization of threats or infrastructure.
The testing of such weapons will be in all probability with the nacelles in fighter, and is already in progress test with jet fighter F-15 Eagle. In Hammett, a mix of lasers and conventional weapons will result in a completely different “battle space” within 20 to 25 years.