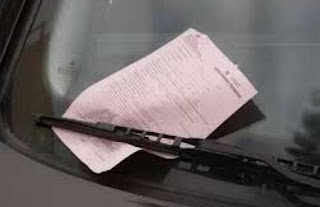 As in any service, so it is good to know your rights and in the event that you receive a call from the police…
See, so when a call can be “erased” justified:
1. The police officers have, among other things, the authority to assert criminal crimes to the extent a wrongful act, which namely punishable by detention or a fine. In these cases, it is provided that the heads of these Directors or Commanders of Services of the Hellenic Police, after hearing the offender, may accept the objections and place the case on file, by an act drawn up on paper, with which he / she is satisfied that the breach (article 14 of the law.1481/1984).
2. As Directors or Governors means those the responsibility of which, in accordance with the relevant organic provisions, and dates to the exercise of specific in place and falling under the competence of the. The aforementioned action can be done by hierarchical institution, since the “hierarchical substitution” is not allowed. For the location of the case file is essential prior hearing of the infringer and the justification of the act, in accordance with the rules of criminal law for the wrongful character of the act and the attribution of this (state of emergency, deception, etc.p).
3. In the case of infringement, however, where provided for the imposition of an administrative fine, such as today’s most violations of the Traffic Code (K. The.K.), do not apply the above provisions, but the specific arrangements referred to in article 104 of this. and the rules of the governing law for the revocation of administrative acts, as these were consolidated from the theory and case law. In accordance with the provisions of article 104 K.The.K., the ÎºÎ±Ï„Î±Î»Î±Î¼Î²Î±Î½ÏŒÎ¼ÎµÎ½Î¿ ÎµÏ€Î±Ï…Ï„Î¿Ï†ÏŽÏÏ‰ to commit violations, which are administrative fines, shall be attested by the competent case-by-case instrument of the planned administrative fine for each of these.
4. The offender has the right to appear within a period of three (3) days, starting from
the performance of the certificate, to the Authority, which belongs to the above institution, as specified in the relevant certificate of offence, in order to put forward his objections. The decision, which shall consider the objections, must be fully justified with reference to specific facts and data. If no objection is received or, if rejected, it is validated fine by the Head of the Authority.
5. In many cases it is found (in breach of K.Y.(A.): a) either that the calls, on the basis of which imposed the fine, do not contain the details of the vehicle (e.x. registration number, brand, color), (b) or that it has accurately determined the position of the vehicle relative to the region of validity of the marking (e.x. failure to indicate the number of the road), or (c) that the calls do not contain other elements of the offence (e.x. penalty). In these cases, the act becomes Î±ÎºÏ…ÏÏ‰Ï„Î­Î±.
6. Withdrawal is the partial or total lifting of the validity of the administrative act, for the future, or retroactively with the adoption of another newer. For the sharpest analysis of the rules governing the withdrawal of (individual) administrative acts, the theory has made the distinction between the revocation: (a) illegal, ÎµÏ…Î¼ÎµÎ½ÏŽÎ½ and adverse, and (b) legal, ÎµÏ…Î¼ÎµÎ½ÏŽÎ½ and adverse, of administrative acts.
7. As opposed to the rule of the irreversibility of the legal ÎµÏ…Î¼ÎµÎ½ÏŽÎ½ acts, the legal adverse withdrawn freely, without prejudice to the principle of legality, the protection of legitimate interests of third parties, to whom the acts are positive and specific legislative provisions about certain transactions as irrevocable, or contain an exclusive enumeration of grounds for revocation.
8. The case law of the Coe accepts established as a general principle of administrative law that the administration has discretion to withdraw an unlawful individual administrative acts, for which the deadline has passed can be challenged or which have been challenged unsuccessfully, but no obligation to do so, unless this is enforced by rule of law (cf. indicative Coe 952/1988).
9. Body responsible for the revocation of individual administrative act, in accordance with article 21 para. 1 of the Code of Administrative Procedure, is the one that issued it or the person who is responsible for the adoption. As is apparent from the wording of that provision, the competent court for the revocation is the organ that issued the recalled act and, in the case of a change of jurisdiction, the organ that has the competence to adopt it (cf. indicative Coe 3582/2008).