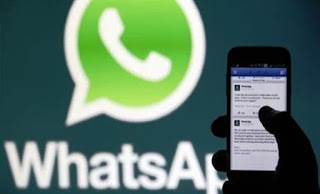 The increasingly popular exchange service of electronic messaging… WhatsApp is now used by one billion users worldwide, as announced on Facebook that it had acquired the service in 2014 instead of 19 billion. $ .
The relevant application Messenger the same Facebook used by fewer users, around 800 million a month, according to the BBC.
Around 42 billion emails and 250 million videos are sent daily via WhatsApp.
Other similar and competitive services, however, it is also popular at the local level, such as the chinese WeChat with over 500 million users, the japanese Line, Korean Kakao Talk etc.
The Facebook ÎµÏ…ÎµÎ»ÎµÏ€Î¹ÏƒÏ„ÎµÎ¯ that the data traffic via the WhatsApp will help it to increase its advertising revenues.