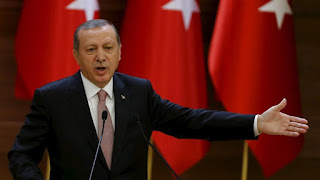 Three years after the outbreak of mass protests against the…
government, on the occasion of the redevelopment of Gezi park in Taksim square, Tayyip Erdogan stated that it would reinstate these plans.
An unprecedented wave of violent demonstrations had broken out in June of 2013, against the government, on the occasion of this shot. It all started with the mobilisation of a small number of environmentalists, who were opposed to the urban plan provided for the destruction of the park and the construction of a residential and commercial complex, a mosque and a replica of the old ottoman barracks.
The violent repression of the core of the protesters then had caused a mass movement against Erdogan. The clashes between the police and the protesters had caused 8 dead and more than 8,000 wounded.
Yesterday, Erdogan speaking in Istanbul – he expressed his desire to build a copy of the old ottoman barracks, a mosque and an opera house, not to mention the mall.
“One of the issues that we need to be courageous is the Gezi park in Taksim square…If we are to reclaim our history, there was a historic building and rebuild it,” he said, referring to the ottoman barracks.
“Even if it’s a history museum, or a museum of the city, have to do,” he said.