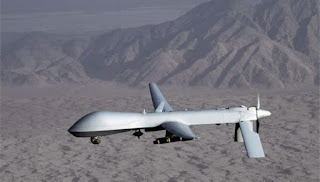 From american air strikes, which were made primarily from non -…
manned, remote-controlled aircraft, in countries outside of Iraq, Syria and Afghanistan, have been killed since 2009 2.581 fighters and 116 civilians, announced Friday by the american secret services.
This is the first time that the american government announces official account of the shocks of those who has carried out against extremist elements. In this way, fulfilled the promise he had given president Barack Obama “to provide as much information as possible to the american people” for the shocks of this kind, it is noted in the notice of the National Intelligence Directorate (DNI).
According to the data of the report, the U.S. inadvertently killed at least 116 civilians in countries with which they are not at war. This revelation is expected to reignite the debate around the targeted strikes and the use of unmanned aircraft.
Non-governmental organisations estimate that hundreds of civilians have been killed by such strikes in countries like Pakistan, Yemen and Somalia.
Pros and cons of unmanned aircraft
At the same time, Washington has admitted the “ÎµÎ½Ï…Ï€Î¬ÏÏ‡Î¿Î½Ï„ÎµÏ‚ restrictions” that prevent you from collecting accurate information on dangerous areas, but defended its own estimates. In addition, he warned that the evidence of the non-governmental organizations may be incorrect by reason of “deliberate misinformation” from some sides, such as from terrorist organizations and local media on which they are based “some of the estimates of the NGOS”.
The advocates of the use of unmanned aircraft, including personnel of the armed forces, support the strikes that are an essential way to restrict the ability of extremist organizations to plan attacks against the united states.
On the other hand, critics of this method asking if the shocks create more extremists than those who exterminate, bringing as proof of the flowering of Ï„Î¶Î¹Ï‡Î±Î½Ï„Î¹ÏƒÏ„Î¹ÎºÏŽÎ½ organizations and extremist attacks around the world.
Source