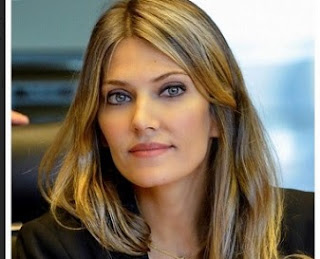 With the leak of an internal letter, it seems that the Director of the REGIO, Walter Deffaa, proposes to freeze payments for projects… infrastructure financed by the Cohesion Fund 2014-2020, because of a press release of the Hellenic Competition Authority! “An unreasonable possibility of a freeze could be disastrous,” stresses in an urgent question to the Commission, the head of the Olive in the European Parliament, Eva ÎšÎ±ÏŠÎ»Î®.
The debate, and only for a cessation of funding poses huge risks for the execution of development projects of the Cohesion Fund and the jobs they entail. The interruption of the normal payments appear to be based on unconfirmed allegations and the issue that arises is that the official of the Commission goes to dangerous proposals that put at risk the smooth operation of, anyway, minimum development projects that are currently running in Greece.
“While development projects are at zero, and unemployment on the red, the government had to react immediately, at the very moment when the President of the european Commission Juncker is on a visit in our country, and requesting a commitment for a continuation of the projects. On the one hand, it is not possible for the Commission to recommend the cessation of payments of the Cohesion Fund projects because of a press release of the Hellenic Competition Authority describing unconfirmed complaints. And on the other hand, it is not possible to arise out of nowhere, so dangerous scenarios because of delays in the controls of a complaint. It shall direct the responsible ministry to take the necessary actions that will suspend the risk of freezing of payments and to complain to the Commission about the “overzealous” that the question causes”.
The following is the text of the Question:
In a letter to the internal communication of the Director-General of Regional Development of the Commission, Walter Deffaa, 17/06/2016), which refers to claim of operating a cartel in the field of construction companies involved in infrastructure projects in Greece, the question of the Commission of a possible interruption of payments of the Cohesion Fund for the period 2014-2020, on the occasion of a press release of the Hellenic Competition Authority (17/05/2016).
The interruption of payments proposed by Walter Deffaa raises questions since it is based on recording of unverified and unproven claims of a complainant, pending the hearing. The possibility of suspension of payments by the Commission entail significant risks in the operation of projects involved Greek and foreign companies and are also the guarantee of the banks.
Will the commission say:
1. The question of “freezing” the funding of the cohesion Fund for the 2014-2020 period?
2. May the lord Deffaa compromising the smooth implementation of projects based on non-proven recommendations to you?