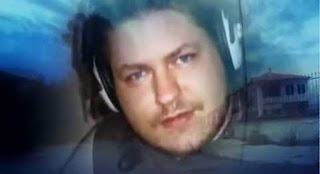 In GADA are at this time both the mother and stepfather of Kostis Polyzos as the main suspects for the murder.
As reported police sources, all seems to have started after taking a loan of 250,000 eur, the “usufruct” which was the name of the 23-year-old Ï€Î±Î»Î¹ÎºÎ±ÏÎ¹Î¿Ï. In accordance with information so far from the police headquarters, the night of the murder was preceded by a fierce argument between the mother, the stepfather and his Sisters who appear as the guarantor of the loan, without himself knowing it!
During the course of the investigation it has been ascertained that, in short, the signature belonged to the stepfather of Kosti. The two persons arrested by the Directorate of Criminal Investigations, and were referred to the district Attorney for the Enforcement of Sentences. It is expected that the transfer of the Investigator Kozani.