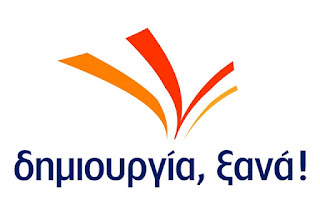 Read the announcement: “The insurance system has always been a wound instead of to heal, he was released, under the responsibility of the entire political system, to fester and now threaten to collapse the entire Economy. Do we treat it? Yes, if we stop to turn a blind eye. The only way to create a fair, efficient and sustainable insurance system is the conversion of the current kleptocratic called euphemistically â€œredistributive”, in contributory & funded with a free choice of insurance institution, private or public.
How can this be done? How long is the transitional period? There will be losers? Is there a way to not collapse the system and the society during the transition period, and in addition be used as a lever for development?
These are the issues that will be developed in the meeting organized by the “Creation, againâ€ on Saturday, 9 January at 20:00 in room ERATO Vâ€™ of the hotel Hilton, in the framework of the Money Show.
Talk: Thanos Î¤Î¶Î®Î¼ÎµÏÎ¿Ï‚, President of â€œCreationâ€, Matthew Papakyritsis, Secretary of the Political Council of â€œto Create”, Nikos Nikolaidis, Businessman, Ioannis Sarris, General Manager of the creation, again! and online Panos Zampelis mathematician, actuary, President and ceo of Î‘ÎŸÎ Hewitt, p. President of the association of Actuaries in Greece, member of the International association of Actuaries and Chairman of the Professional Insurance of a POST office.
Will be followed by an open discussion with the participants. The entrance is free. ”