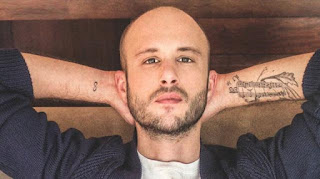 One-on-one interview gave Stergios stedman graham, the son of Andreas Mikroutsikos and singer …
Maria Dimitriadi, as he spoke about his life and the difficulties encountered in the course of his life.
In the First Issue spoke of the difficult times she went through after the loss of his mother: “The first two years were quite difficult. I couldn’t realize the changes that were going on in my life. Initially I had a refusal. When I realized what was happening, I was sad, I grieved, I was angry. I wasn’t shocked, I panic, because he has a defense the brain to manage emotions. What is certain, however, is that it changed my life layered”.
With regard to the present life, he said, “I don’t want to have any complaints. I see what’s going on around me. There are people who are being tested too much. I’m fine”, while he did not hesitate to speak of and for the periods squeezed financially: “For a quarter was zero euros. I had nowhere to borrow. I’m a proud man. The two or three who could help me wasn’t feasible to do it then, due to difficulties”.
Source