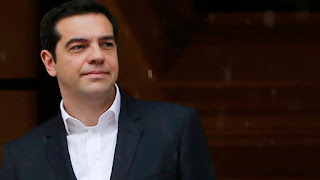 A sketch starring Alexis Tsipras…
published by the Economist, commenting on the Greek prime minister “has promised a lot, did a few”.
Co-star in the history of sketch, as an officer of E.E. conversing with mr Tsipras, who is on the ledge of a building, having beside it a bag on which is indicated the word “Greece”. The foot is tied a rope which ends at the neck of the european official.
“I thought you didn’t want to jump out of the euro”, the man says to Alexis Tsipras, who says, “I don’t want. That would be a madness!!! This would create a downward economic spiral that will destroy Greece. Not only a moron would think to jump…”. 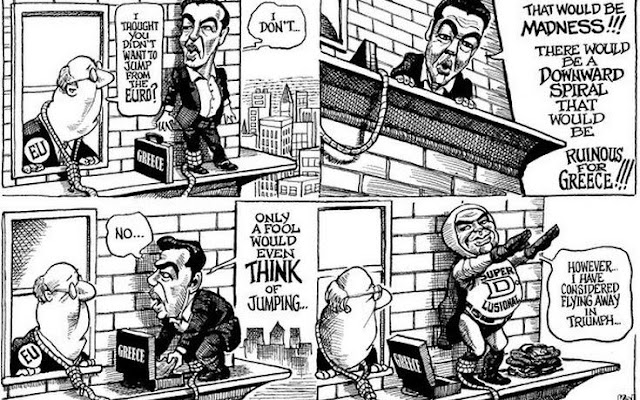 At this point, opens the suitcase, where it makes an outfit super hero that time and says: “I Have, however, thought to fly away as a shoo-in…”
Source