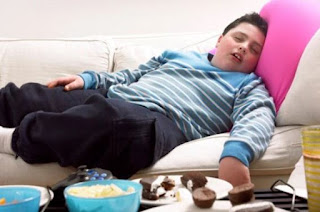 Particularly high are the rates of Ï…Ï€ÎµÏÎ²Î±ÏÏŒÏ„Î·Ï„Î±Ï‚ and obesity in the pediatric population of Greece, as… derived from the results of the program Î•Î¥Î–Î—Î for the school year 2014-2015, in which participated a total of 340,000 students from approximately 4,000 schools in the country. More specifically, 23% and 10% of Greek students were assessed as overweight and obese respectively. Where, but due to the high rates of childhood obesity in our country? To this question tried to answer the scientific team of the Î•Î¥Î–Î—Î through the data of the program, in a speech that took place in the context of the 13th pan-Hellenic Congress on Nutrition & Dietetics, which received the 2nd Prize for Research Communication.
In the context of the speech, it was emphasised that obesity is a multifactorial phenomenon, however, in a simplified meaning could be attributed to the combined effect of genes and lifestyle. As for lifestyle habits, according to the results of the program Î•Î¥Î–Î—Î for the school year 2014-15, children who reported low adherence to the Mediterranean diet (according to KIDMED score), short duration of sleep (8 hours of sleep per day). On the contrary, for every 1-day increase in the weekly frequency of engaging in organized physical activity, the likelihood of a child being obese seemed to be reduced by 6%.
As also mentioned, the above results are particularly disturbing if one considers that about Â¼ of children in Greece don’t get enough sleep (8>