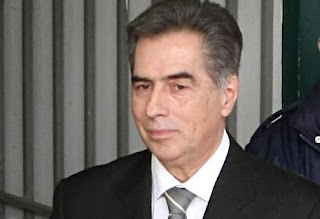 Be brought to trial before the Three-member court of Appeals Felonies, the former mayor of Thessaloniki Vasilis Î Î±Ï€Î±Î³ÎµÏ‰ÏÎ³ÏŒÏ€Î¿Ï…Î»Î¿Ï‚ for… special orders payment of costs to the central municipality, which created “open” to the funds of the central municipality, proposes to the competent judicial council, the deputy prosecutor of the court of Appeal Leonidas Nikolopoulos.
For the same case, which began to be investigated by order of the general directorate of inspection of the ministry of Finance and the issue of special payment orders -totalling 900,000 euros – the period of 1998 – 2004, the attorney general’s officer recommends to sit in the dock of court six persons. Among them is the former deputy mayor of Finance, Anastasios Gerogiannis and five municipal employees. The list of municipal officials include the then heads of the Cash Service and the Department’s Costs, as well as managers of payments and special funds.
As described in the public prosecutor’s proposal, which was submitted to the Council of the court of Appeal of Thessaloniki, by the management control showed that much of the expenditure of the municipality were paid with the specific orders were signed by the deputy mayors of Finance, without ÎµÎ½Ï„Î±Î»Î¼Î±Ï„Î¿Ï€Î¿Î¹Î¿ÏÎ½Ï„Î±Î¹ directly.
The former mayor, is the category of direct accomplice to the infidelity, which, in the apology of a special magistrate, he refused, pointing out that the management responsibility of the deputy mayors of Finance and not the same. The apology was given last summer, just one day after the release of the sensational case of embezzlement of 17,8 million. the funds of the central municipality, for which he was sentenced.
The last reason for the referral or not of the persons involved in the trial, the Council of the court of Appeal, which will issue a relevant decree.