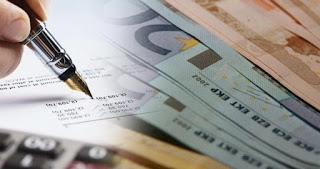 The proposal of the Economic Chamber of Greece for the insurance delivered to the President of The.E.E., Konstantinos Kollias, the minister of Labour – at this morning’s meeting with the scientific institutions – and in the afternoon, the president of PASOK – Democratic Coalition, mr Fofi Gennimata…
Mr. Kollias pointed out that, in any case, the levies and taxes should not exceed 50% of the net income of the free professional, regardless of income.
“On the one hand, to protect low incomes and to not punish those who – in these difficult times – be all right, and, yes, be honest and declare their income,” he said.
From the side, mrs. Gennimata agreed with the proposals of the UN and stressed that her party will not vote in the insurance.
The study, prepared by a committee of the Economic Chamber of Greece, provides, among other things:
The payg character of the insurance system with expanded features of intergenerational and social solidarity, as is the case in the vast majority of member â€“ states of the Euro area.
The long-term viability, which can only be achieved by a direct study, with the participation of all interested parties (social partners, chambers of commerce, etc.) which will quantify fully the necessary reforms of the social security system and will lead to finding the best accommodation.
Maintain replacement rates at such a level so as not to exist in both the young and the old employees a significant reduction in their standard of living leavers from the labour market and entering the pension life. Important role in this direction can play a supplementary pension systems and the provision of adequate opportunities for the foundation of supplementary pension rights and benefits.
The annual update of the insured for the amount of the accumulated reserve fund, and total amount that accumulates in the statistics et al accounts of the social security system.
Three Funds of Main Insurance: Employees, self-employed Professionals and Farmers, as well as a fund for outreach and single with two separate branches.
The key features of the new System of Social Security in the context of achieving the key objectives should be:
Basic Pension: Financed by the state and administered without criteria.
Pro-rata Pension: Based on the system of defined benefit schemes which operate on the basis of the principle of intergenerational solidarity, social justice, and has as reference point the payg system. It is financed by contributions from insured persons and employers.
Supplementary Pension: it Is the second pillar of social security. It is financed by contributions of workers and employers. Also, should be given the possibility of conversion of funds, supplementary pension and lump-sum funds of professional insurance compulsory accession, in the framework of the provisions of law. 4052/2012 where the actuarial deficit will be capitalised in depth time 30 years.
To investigate the potential for the development of supplementary pension schemes and private insurance through and professional funds (3rd pillar of social insurance).
The utilization of the assets of the insurance funds.