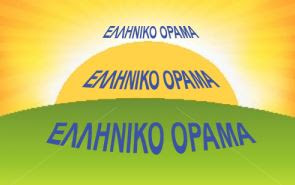 Read the announcement: “The last interview of the Minister of Health, mr. Blonde and the… Deputy Minister
mr Î Î¿Î»Î¬ÎºÎ· infuriates those who attended and gives clear examples of
democratic conduct of government officials.
The dialogue that developed between the lord Î Î¿Î»Î¬ÎºÎ· and journalists
managed to downgrade the severity of an information process at the level of the
discussions of patrons of a cafÃ© in which philosophizing and converse while sipping raki and
eating cretan graviera , that’s the impression he gave the lord Î Î¿Î»Î¬ÎºÎ·Ï‚ who
was unable ,repeatedly, to eliminate the conceit of the acquisition of power.
The unacceptable presence was marked by ignorance of language use (virus
XIB instead of the correct term in English HIV) , indication of disrespect to the
attendees journalists ( all addressed in the singular, the mccarty for mouthing off) and
finally, as a climax of the inauguration of the stakeholders of the authoritarianism required to be assigned to the
similar respect you deserve in a Minister, a political office throughout the
during the interview he was humiliated by his attitude.
The government’s first-time Left, or SYRIZA, ANEL daily abandoning the
policy of identity. The attempt to gag and discredit the press and
journalists, other than those who are not criticising the work of the government, reminiscent of
totalitarian regimes. The assurances of the government that the Greek Society
Î´Î¹Î±Î²Î¯ÎµÎ¹ in conditions of recovery and democratisation of the institutions of the
radio fairy tales of Aunt Lena!
The party Greek Vision requires the resignation of the lord Î Î¿Î»Î¬ÎºÎ· as a minimum
indication, indignation, and self-respect of the same and denounced the government’s tactics as
brutally undemocratic…”