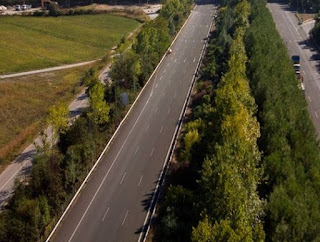 From the outcome of the negotiation that is ongoing between the company Aegean Motorway and the public will depend on the time period in which you…
operate again the toll in the Valley of Tempi.
The negotiation that is ongoing between the company and the public if completed by end of July and there is an agreement for the delivery of the tunnels at the Tempi valley on March 31, 2017, and not on 30 September, as provided for in the relevant ÎºÏ…ÏÏ‰Î¼Î­Î½Î· contract, it will mean the accelerated operation of the new toll station is in the Valley of Tempi, immediately after March 2017.
In a different case, the toll station in the Valley of Tempi will work in October 2017, as explained by the responsible communication of the company Aegean Motorway sa Eyre. Î–Î±Î²ÏÎ¯Î´Î¿Ï…, speaking to the Network of Thessaly ERT.
Mrs Î–Î±Î²ÏÎ¯Î´Î¿Ï… also pointed out that with the completion of the project will be removed the tolls that exist in the Pirgetos, and reinstating the tolls that existed in the Valley of Tempi. As for the cost of transit is provided, in accordance with the up to now existing, shall be at the rate of 1.60 euros.X. for the passage of the department of Evangelism until the Skotina Pieria.
As regards the reactions of the municipal authority Tempi mrs Î–Î±Î²ÏÎ¯Î´Î¿Ï…, explained that is already in progress relative bargain for residents of the surrounding areas. “The policy of the company regardless of the negotiation that is ongoing with the city of Tempe, provides generous discounts for frequent users of the motorway, which can reach up to 80%”, added the responsible communication of “Aegean Motorway”.
Finally, the mr Î–Î±Î²ÏÎ¯Î´Î¿Ï… featured possible the target to surrender the tunnels in March 2017, provided, however, that there will be agreement with the public until the end of July.
Source