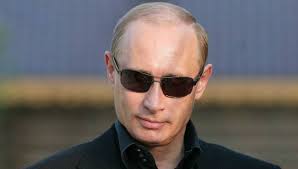 O Russian president B.Putin, speaking at the Russian Forum “Popular Front”, in Moscow, announced the…
discontinuation of contracts with 300 Turkish construction companies active in the last few years in Russia, leading automatically outside of work estimated to result in 87,000 Turks and upping the cost of the damage to the Anchor by the Russian sanctions on the 50 billion.dollars thereby affecting crucial for the Turkish economy.
Then, however, the B.Putin made clear that Russia will not only progress in economic sanctions against Turkey, but also in retaliation to other fields. So just randomly I was the direct communication of the P.Lavrov that the kurdish PYD or the syrian PKK will participate and that in the peace negotiations of Geneva between the syrian opposition and representatives of the legitimate government of Damascus.
“The peace negotiations in Geneva between the syrian opposition and representatives of the government of Damascus can not have results, if the largest kurdish party is not invited to participate”, said the minister of Foreign affairs of Russia Sergey Lavrov during annual Press conference.
“It would be unfair and ineffective to prevent the Kurds of Syria to participate in peace talks,” said the head of Russian diplomacy.
“Without this party, without these representatives, the talks may not have the result we want, i.e. a final political settlement” of the syrian conflict, said, stressing, however, that if the Democratic Union Party of Saleh Muslim is not invited, Russia will not put its veto on the peace talks, which begin Friday in Geneva under the auspices of the UN.
It is a real shock to the Anchor as the Kurds are upgraded outside of their borders a any (and very likely no longer in the post-war Syria) autonomy in north-west Syria, will automatically mean a “spread” of separatist intent and in Turkish lands, where here and six months there is a sui generis civil war between the PKK and the Turkish Army, and all the western MEDIA attempted to conceal not to come in a difficult position “was welcomed” Anchor.
The participation of the PYD in peace talks would be a de facto recognition that it is a terrorist organisation and reason of the brothers ‘ relations with the PKK the same thing will happen with the Kurds of Turkey, as well as won’t be able to support most of the Turkish rhetoric. Corresponding position with Sergey Lavrov fulfilled and the vice-president of the united states, Joe Biden the day before yesterday, at a meeting with Recep Tayyip Erdogan, separating the PYD from the PKK.
In short, the issue of Kurds has started a “empty” and from the USA, because they see that the “Kurdistan” will be a future reality, and already want to have a friendly to allied relations with them as they, with the family ÎœÏ€Î±ÏÎ¶Î±Î½Î¯ and the Kurds of Iraq.
Sergei Lavrov also stated that Moscow has not asked the president of Syria Bashar al-Assad to resign, nor offered him political asylum. “In both cases, the answer is “no”. It is untrue…no one has asked for political asylum and no one has offered something similar”.
It should be noted that yesterday, according to the Turkish MEDIA, the Russian fleet in the eastern Mediterranean hit with cruise missiles Kalibr areas next to the Turkish border, controlled by the Turkmen who Î²ÏÎ¯ÏƒÎºÎ¿Î½Ï„Î¹Î± in constant retreat from the repeated victories of the syrian Army, who recently “clean” the whole province of Latakia, and is preparing to launch the campaign of Idlib from three directions in order to achieve the Ï€ÎµÏÎ¹ÎºÏÎºÎ»Ï‰ÏƒÎ®.