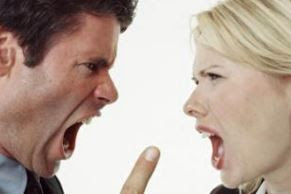 Many of the phrases that we use in Greece does not make any sense when we translate a foreign language…
The website i100, the Independent presents some of the most peculiar phrases that are used in various languages, which doesn’t make any sense if translated.
For example:
Spain
“Eres tan feo que hiciste llorar a una cebolla!” = You’re so ugly/that you made an onion cry”
Germany
“Dunkelbumser” = “Someone who had sex in the dark” (having sex with the lights out it seems that it’s insulting)
China
“Seh tau suu ngan” = “Snake head, rat eyes”
Hungary
“Beka sege alatte” = “Below the butt of the frog” (to be Used in cases where someone is ignorant)
Serbia
“Da bog da ti zena rodila stonogu pa ceo zivot radio za cipele” = “your wife to give birth to a centipede so you can work all your life for shoes”
England
“She’s got a face like a bag full of spanners” = “Your face looks like with the tray full of wrenches” (The tool seems that it is particularly repulsive to the English)
Bulgaria
“Grozna si kato salata” = “you’re ugly/like a salad”
Armenia
“Eshoor noor oodel chi vayeler” = “it is nice to see an idiot to eat a pomegranate”
Sweden
“Ga och dra nagot gammalt over dig” = “Go hide yourself under something old” (Usually addressed to someone who has made a blunder)
Malaysia
“Boon Chon Doi” = “The man who carries the testicles of his boss”
Korea
“Gae saeki” = “puppy” (In Greece we call “puppies” naive, in Korea, but “puppy” is called the “dumber”)
China
“Er bai wu” = “250” (And yet, in China this number is used to call someone “stupid”)
Finland
“Aitisi nai poroja” = “your mother is played (in a decent translation) with a reindeer!”
Somalia
“Futaada u sheeg” = “Tell it to the ass”
France
“Parler francais comme une vache espagnole” = “you Speak French like a Spanish cow”